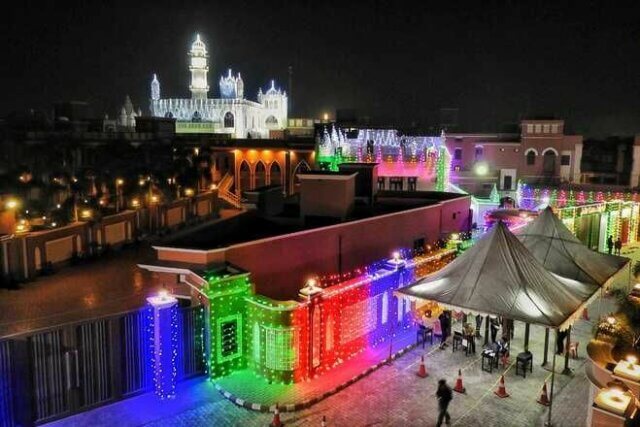 The Ahmadiyya Muslim community is the true pioneer of women&#39;s rights

Ahmadiyya Muslim community is a purely religious and spiritual community, which

was founded by Hazrat Mirza Ghulam Ahmad Sahib of Qadian, the Promised

Messiah and Mahdi Maud (peace be upon him) in the year 1889. The mission of this

mutual brotherhood, compassion and unity by establishing humanity in the world.

The community acts according to its motto “Love for All Hatred for None”. Today, the

principles and efforts to serve humanity.

Lajna Immaillah is the women’s auxiliary wing of Ahmadiyya Muslim community. This

organization was founded by the second Caliph of Ahmadiyya community, Hazrat

Ahmadiyyat requires from a woman. To develop a true belief and a living faith with

the Creator. And establishing a relationship by bridging the gap between Allah and

In order to achieve this goal, the guidelines of this organization as follows, To

obtaining higher education and imparting knowledge to others, to attain full

knowledge and practicing the true teachings of Islam, and trying to maintain the spirit

of harmony and unity, to improve one’s own morals and spirituality all the time, to

and virtuous for the nation and the country. Thus in this way women will be able to

fulfil their responsibility in building the society. Developing and encouraging chastity

is also one of the main objectives of this organization.

Ahmadiyya Muslim Jama’at is the real pioneer of women&#39;s rights because Islam

of the society by educating and training them, and today by following these true

By the grace of Allah Almighty, Ahmadi women are also exceled in the field of

education. Ahmadi women are active in every field as doctors, researchers, scholars,

teachers and provide services for the development of the society.

This year, while it is 100 years since the establishment of Lajna Immaillah, as a mark

special programs all over India.