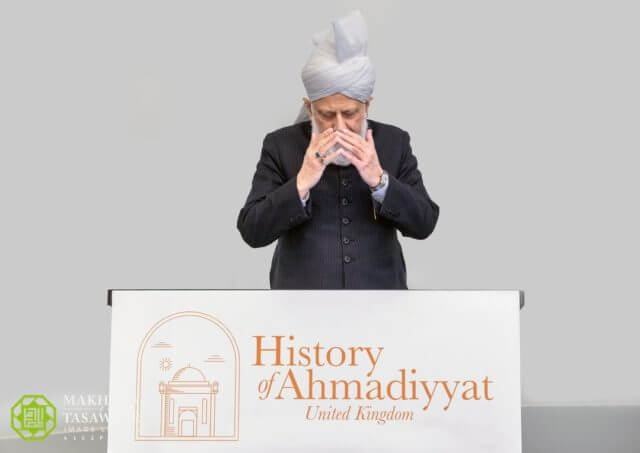 His Holiness officially launched the website from the Mubarak Mosque in Islamabad, Tilford, after announcing its launch during his Friday Sermon.

The launch was followed by a silent prayer led by His Holiness in thanks to God Almighty.

His Holiness stated during his Friday Sermon that the new website, developed by the Ahmadiyya Muslim Community UK, includes well researched articles about the era of the Promised Messiah (peace be upon him) during which his message reached widely in the United Kingdom.